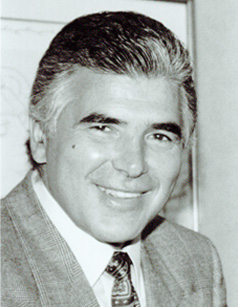 Benjamin J. Scotti, along with his brother Tony Scotti, is a founding partner of Global Media Management Film Group, a new film and television production studio with global production partners.

He was Senior Executive Vice President and Founding Member of All American Communications, Inc., one of the most highly regarded and successful independent global media companies.

All American Communications, Inc., through its wholly owned subsidiaries All American Television, Inc. and All American Fremantle International, Inc., become one of the world’s largest producers of television programming. The company produced more than 100 series in 27 countries. All American’s crown jewel was “BAYWATCH,” the most popular show on earth, which is seen by over one billion viewers in 110 countries.

All American’s subsidiary Scotti Brothers Entertainment, an independent record and television and motion picture producer, had a roster of 24 recording artists and a catalogue of 140 recordings of individual artists, groups, and motion picture soundtracks.
All American operated offices in seven countries – England, Germany, Portugal, Greece, Spain, India, and Turkey. All American Fremantle International produced and distributed eighty percent of all game shows in Europe and expanded into Asia and Latin America.
Ben Scotti’s accomplishments as an innovator in entertainment marketing and promotion have helped to set the industry standard to this day. He is natural communicator with a keen business sense – both qualities that had their beginnings on the football field.
Ben was a star athlete who was drafted as a defensive back by the Washington Redskins in 1959 after being an All-American at the University of Maryland. He went on to a distinguished career with the Redskins as well as the Philadelphia Eagles and San Francisco 49’ers.

After MGM Records, Ben and Tony founded Ben Scotti Promotion, which continues to be regarded as the innovator of the entertainment industry’s first fully integrated strategic promotion and marketing concept. To this day, it remains a model for entertainment marketing worldwide, The company eventually grew into the diversified media company Scotti Brothers Entertainment.

After building Scotti Brothers Entertainment as a successful marketing and promotion company, artist management firm, record company (in partnership with CBS) and All-American Television, a television production and distribution company, Mr. Scotti, along with his partner and brother Tony, established All American Communications, a publicly traded NASDAQ National Market Company (AACI). All American produced “the most successful series on earth” Baywatch, 80 percent of the game shows in the United States and 50 percent of all the game shows around the world. In 1997, All American was recognized by Forbes as the 24th fastest growing company in America and was sold to Pearson, a media conglomerate and publisher of the Financial Times, for US$ 550 million.

Shortly after the sale of All American Communications, Inc., Mr. Scotti re-teamed with his brother Tony to create Global Media Management Group, , a private company that acquires and manages media properties throughout the World.

Recently Mr. Scotti has once again teamed up with his brother, to relaunch a worldwide television and motion picture production company, Global Media Management Film Group soon to become The Global Studio.

Mr. Scotti is married with two sons and lives in Beverly Hills, California.